Join Me in Celebrating Breastfeeding Week at the Big Latch On 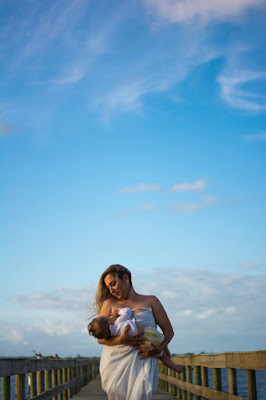 This year, Samantha Swartz Birth Services is excited to partner with Family Trees Doulas to help at the World Breastfeeding Celebration and Big Latch on in Lancaster on August 3 at Musser Park in Lancaster!

Information for the Event:

All Day Activities Include:

So many women around the world advocate for breastfeeding for many reasons, according to ACOG (American College of Obstetricians and Gynecologists)

Breastfeeding is best for your baby for the following reasons:


Breastfeeding is good for you for the following reasons

So come join me for this fun, free event!


For more information visit the links below

https://biglatchon.org/apps/location-detail/?location_id=2796
https://www.facebook.com/events/318867888797614/
https://www.acog.org/Patients/FAQs/Breastfeeding-Your-Baby
Posted by Samantha Swartz at 8:30 AM No comments:

Under the Willow Tree 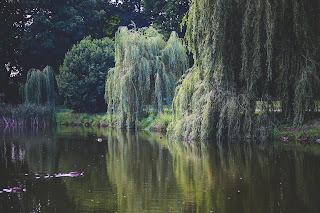 This past weekend ACOG (American College of Obstetricians and Gynecologists) met in Nashville to discuss the quality of maternal healthcare. At their summit Dr. Timothy Draycott, a professor at the University of Bristol told an audience of mostly U.S. doctors "Meghan Markle has decided she's going to have a doula and a willow tree... let's see how that goes." His snarky remark was met with laughter. Currently, where Dr. Draycott lives fewer than 9.2 per 100,000 women die in childbirth, however in the US, where most of the doctors we was speaking to practice, about 26.5 per 100,000 mothers die. The US has the highest maternal mortality rate in the developed world despite spending the most money on maternal healthcare.

I tried to find a video from the summit of Dr. Timothy Draycott's speech, but was unable to find anything. However, I can guess that what he forgot to mention was the evidence that shows a planned homebirth with a midwife is in fact, safer than a hospital birth in low risk pregnancies, such as Meghan Markle's. Another interesting study of homebirth vs hospital birth looks at babies microbiomes and interestingly enough, babies born at home tend to have higher levels of good bacteria and lower levels of bad bacteria compared to babies born in a hospital.

There are many studies and statistics I can show you that confirm home is just as safe, if not safer than the hospital, however that is not the point I want to make today. What women need to know from this is that they have options. Women have every right to do research, learn about the standard procedures in the hospitals nearest them, learn about the alternatives to those procedures, learn about their bodies physiology and anatomy, they have the right to interview and talk to a wide range of care providers, doulas, childbirth educators, etc. to find who will best support them and their wishes through their pregnancy, labor and birth. Women also deserve transparency from their care providers and they deserve to be respected when they make an informed decision about their health care. The bullying and fear-mongering I see from people who are supposed to be their care providers is unacceptable and needs to stop.

So what can women do to prevent themselves from becoming one of the 26.5 per 100,000 maternal deaths in America? How can they combat this statistic despite care providers not looking at the evidence? Become educated, empowered and learn how to advocate for yourself. Expecting parents already get a lot of unsolicited advice, but if I can give an expecting parent one piece of advice it would be to take an out of hospital childbirth class. Hospital based classes, although better than taking no classes at all, often emphasize to parents how they can best comply to hospital policy, when to ask for an epidural, etc. and rarely covers non-pharmacological comfort techniques, the benefits, risks and alternatives to interventions, etc. and can leave parents feeling overall overwhelmed and not truly educated on their options for their birth.

I don't deny that doctors and hospitals are important to women who have a higher risk of complications, but in my opinion (and what the evidence suggests) is that the hospital should be reserved for those high risk cases. Low risk women are not any safer at a hospital and in fact are put under added stress due to hospitals often outdated push policies.

The happy ending to all of this is that Meghan Markle and Prince Harry delivered their precious baby boy this morning, and although not many details have been given about his birth, it was suggested that she did have the home birth that she had planned for. Despite the laughs and criticism from doctors who rarely get the opportunity to witness a natural, non-pharmacological birth Meghan educated herself on the options and the evidence and chose what was best for her and her family.


Posted by Samantha Swartz at 6:51 PM No comments:

Hello! My name is Samantha Swartz. I was born and raised in a small town in Chester County, PA but I currently reside in Lebanon County with my husband and our cat, Evy. Some of my other passions in addition to supporting and caring for moms and babies are photography, art, design and music. Click Here to learn more about me.